Guitar Hangar is the ONLY custom shop that is officially licensed by the Ronson family to produce and sell the Mick Ronson Tribute Les Paul.

Mick Ronson burst onto the scene in the early 70’s as the band leader of David Bowie’s ”Spiders from Mars,” the band that launched Ziggy Stardust into the stratosphere of Rock & Roll history. Mick sanded down the top on the guitar because he was told it would improve the sound. Whether or not this is true, who can say, but it did make the guitar visually unmistakable.

Mick played his Les Paul Custom throughout the Bowie years and later with Bob Dylan, Ian Hunter and every other project he worked on until 1982 when he retired it to the Hard Rock Cafe in Australia. During its tenure as Mick’s #1 guitar, it was captured in thousands of photos – some quite notorious – by Mick Rock (remember the photo of Bowie on his knees?) The guitar is also famous for being front and center on the cover of Mick’s solo album, Play Don’t Worry.

Through a series of events, Mick’s Les Paul ended up in Australia, and eventually found its way to the Hard Rock Cafe, where it was tucked away in a corner collecting dust. In 2001, it was rescued from the Hard Rock Cafe by Rick Tedesco, who loaned it to the Rock and Roll Hall of Fame in Cleveland, where it was on display for 2 years.

“Since finding it, I have received hundreds of e-mails on it and it occurred to me since there were so many tribute guitars out there, there should be something available to the Ronson fan! I approached Suzy Ronson and [Mick’s daughter] Lisa Ronson, and they thought it was a great idea – but we all had concerns and wanted it to be something special. ” -Rick Tedesco

The Guitar Hangar Custom Shop Mick Ronson Tribute Les Paul Custom is a very special, “one at a time” custom build. We take our time to carefully reproduce Ronson’s original LP Custom. The result is a guitar that’s nearly indistinguishable from the original. I spoke to Tony Visconti who took part in removing the paint off the original guitar all those years ago. He said “we were having a small party and everyone was drinking wine and taking turns with the sand paper”. When I do one, I speed up the process with a hand sander as I have done one of these actually by hand. One. That was enough for me. It took hours! Even with the hand sander it takes a long time to get through the clear coat and finally the finish!

We start with a USA-made Les Paul Custom, manufactured in the historic division of the Gibson Custom shop, and make specific modifications to match it precisely to the specs of Mick’s original. While the finished product is still technically a Gibson guitar, there is no official Gibson Mick Ronson Signature Model. I have several hand shake deals on the table for an official Gibson Mick Ronson model but Gibson kept dropping the ball so sadly it never happened. Our Mick Ronson Tribute guitar is the only officially licensed Mick Ronson guitar on the planet, and can only be ordered exclusively through Guitar Hangar. Limited to 100 units, this Mick Ronson Tribute is a true collectible.

Also included will be a killer memorabilia package including a ”Certificate of Authenticity” suitable for framing signed by Rick Tedesco, a Ronson guitar pick, and best of all, one of Mick’s record albums from his personal collection! These records are from various artists from Elvis to Carl Perkins to test pressings of albums Mick worked on. They will be selected at random and include a certificate of authenticity stating they belonged to Mick as well. Each guitar will be numbered from 1 to 100 and will have a decal of Mick’s signature on the back of the headstock.

Call or email us to order yours! 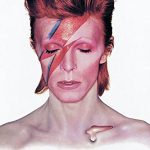 Legacy Of Shred: The Ibanez Story 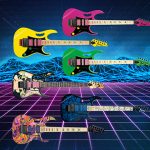 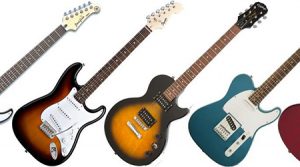 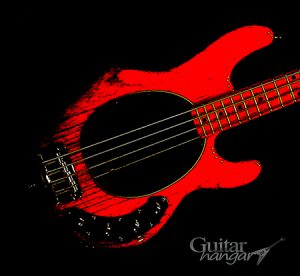 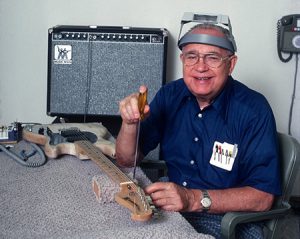