Phil Grabover is a multi-instrumentalist with 20 years of playing experience. In 2016 he graduated from Western Connecticut State University with a BA in Audio and Music Production. He is familiar with a wide array of genres and tailors his lessons to each particular student, teaching them exactly what they want or need to learn. Phil’s original music with his band Standby can be found online wherever music can be bought or streamed. Their most recent release is called “We Need More Mountains I” and a follow up titled “We Need More Mountains II” is on the way.

At long last Gary has joined us here at the Guitar Hangar! Gary has been a staple in the teaching community for the last 25 years teaching beginner to advanced drums as well as piano. He boasts a whopping 30,000 lessons taught over his career and is well know for his teaching techniques mixed with patience, nurturing and humor. He has performed locally for decades with some of the finest musicians around including our wonderful guitar teacher Nick Arne! Please contact us for availability with Gary.

Peter Hurd’s focus is on multiple music styles for guitar and bass including Rhythm and Blues, Funk, Fusion, Jazz/Blues and Classic/Pop Rock. This gave him the versatility to be a first call studio session guitarist on the Hollywood, CA music scene. His list of credits for studio session work and live performance include: Rihanna, Leon Hendrix (Jimi Hendrix’s brother), bass player/producer Oskar Cartaya (Jennifer Lopez, Justin Timberlake, Spyro Gyra), Kevin Crab Trio and Travis Carlton (Larry Carlton’s son.) Peter developed his guitar/bass style while studying at the Musicians Institute GIT program under the supervision of Scott Henderson (Jean-Luc Ponty, Chick Corea, Weather Report, Joe Zawinul.) He cites Scott as his biggest influence as a professional instructor and musician.
A twelve year stint as a music instructor at both Delian Music and Musicians Depot in the greater Los Angeles area, firmly cemented this music teaching experience. He also spent time working in the AR and Music Publicity departments of several notable Record Labels in Los Angeles; while mentoring under the guidance of music business expert and drummer Bobby Borg (Warrant, Beggars and Thieves, UCLA, USC, Musicians Institute). With a thorough background and ability, Peter is well versed to teach, inspire and navigate the many avenues of the professional music instruction service. Peter returned to Ridgefield, CT (his home town) after 25 years in Hollywood, CA to teach at Guitar Hangar as a dedicated music professional. Peter teaches guitar, bass, ukulele, piano/keyboard and music business. 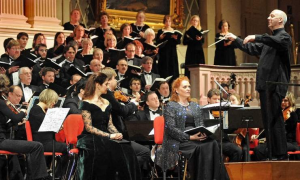 Liz Russo has 25 + years experience teaching voice to students of all levels and ages at the Singer’s Forum in New York City, as well as her private studio in Greenwich and Danbury CT. Ms. Russo works on many styles of singing, especially Broadway, pop, jazz, country, rock and classical. She has worked with much success preparing middle and high school students for regional choirs and college entrance auditions. Liz has taught Musical Theater and vocal technique at Fordham University and New York University (Lee Strasberg Institute) She developed and taught voice workshops for teenagers at the Singers Forum (New York City and week long summer intensives in Ferdonia NY), and the Connecticut Conservatory.

“In the lesson I will lead the student through vocal exercises designed to develop proper breath support and good vowel sounds, while learning repertoire to fit the needs and tastes of each individual. There will also be instruction in sight-singing with attention to intervals.”

Elizabeth (Liz) Russo, Mezzo- Soprano is well known for her powerful voice and strong stage presence. In 2011 Ms. Russo made her UK debut in London with Fulham Opera as Fricka in Das Rheingold, returned in 2012 for the same role in Die Walkure and for Wagner’s complete Ring Cycle in 2014.  “Major contributions from Elizabeth Russo, a dramatic mezzo-soprano of vocal substance created a personable Fricka well able to deal with a recalcitrant husband.” Margaret Davies – Opera Magazine London.  This production was given a five star rating by the press. “….has brought us a Ring of eyewatering clarity, raw beauty and visceral power…”  “Elizabeth Russo was a deliciously petulant, wifely and stroppy Fricka” Bachtrak, London.

Also in 2014 and immediately on her return to the states, she appeared with Worcester Chorus in Massachusetts as soloist in Rossini’s Petite Messe Solennelle after being featured in their Handel’s Messiah in 2012. “Of the four, (soloists) Ms. Russo and Mr. Lauterbach were the standouts, displaying rich tone and evenness throughout their range.”   TELEGRAM & GAZETT.  On May 16, 2015, Elizabeth debuted as soloist with The Dessoff Choirs of New York City in Rossini’s Petite Messe Solennelle.  In 2016 Elizabeth was soloist in Mozart’s Requiem and Beethoven‘s Mass in C (2013), both with Greenwich High School Super Choir and professional orchestra.  With Garden State Philharmonic, she was featured in Haydn’s Lord Nelson Mass. In September 2016 Elizabeth had the great pleasure of performing Mahler’s master piece Das Lied von der Erda with the Chatham Camarata Orchestra and conductor Tom Bo. 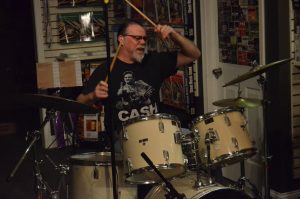 Scott Merkel is a 35+ year veteran of the rock and roll scene. A multi-instrumentalist who plays guitar, bass, drums, auxiliary percussion, and more, Scott understands the interplay between instruments, whether they’re rhythm-based or melody-based. Scott’s specialty is showing his students how to find the “sweet spot,” or what’s known as “the pocket,” that place between being ahead of the rhythm of a song, and behind it. Playing in the sweet spot is the difference between being a good drummer and a GREAT drummer.

“I’ve always loved showing new players how to find their own groove, create their own fills, and really use their own personal style to make each song their own, all the while carrying the rhythm and groove so the other players can do the same thing. That’s how you take an existing song and make it something completely new and interesting… and hopefully make it sound good, too.”

While Scott’s primary focus is rock drumming, he excels at rock-based rhythm standards, and rudiments like paradiddles, basic stick technique, and multi-limb rhythm exercises to make each foot and hand equally strong. By teaching the basics and making them second nature, drummers are able to excel at more complicated techniques required for hard rock, metal, jazz, fusion, and more complex genre-based sounds. 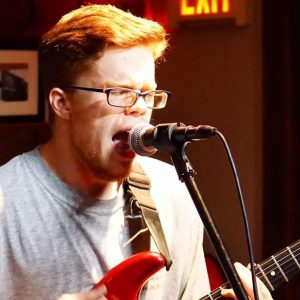 Guitar Hangar guitar instructor Nick Arne is much more than a guitar teacher. As a songwriter, bandleader, and performer, Nick’s musical influences range from John Mayer, Derek Trucks, B.B. King, Jeff Buckley, Julian Lage, Bill Frisell, John Scofield, and Bob Dylan, to more esoteric artists such as Kanye West, Kendrick Lamar, and Bob Marley. Nick understands the connections that exist between different genres of music, and seamlessly connects the dots in order to present a well-rounded teaching curriculum that allows his students to explore music and composition in all its forms.

Listen to it here:

Nick Arne started playing guitar after discovering John Mayer’s music in 2009, as a high school freshman. After discovering Mayer’s music, Nick became obsessed with the idea of playing the guitar. His parents got him an acoustic guitar for Christmas and he started taking lessons shortly after. Almost immediately, Nick realized that playing guitar would be much more than a hobby. All through high school, he constantly played and practiced, and with support from his parents and teachers, he decided to pursue music in college. Nick was admitted to the music program at WCSU in the Fall of 2014. At WCSU he studied jazz guitar for his full four year education, under the tutelage of expert instructor Kenny Wessel. He also studied composition under Dr. Kevin Jay Isaacs and worked closely with Jamie Begian and Jimmy Greene.

Nick is currently working on his second album, with songs dealing with love, youth, and living in a small town. This album will showcase his honest, personal songwriting and his musical melting pot of influences. He anticipates that his forthcoming album will be the best example of his songwriting, playing, and guitar prowess to date.